How Do Fire Sprinklers Work?

Here's an interesting thing about fire sprinklers: They only work once.

Well, the sprinklers themselves work more than once, but they rely on a tiny glass bulb that is designed to shatter in the event of a fire, allowing the water to spray through the sprinkler head. Once a fire has been put out, the water supply needs to be shut off so that the sprinkler head can be popped open and the bulb replaced.

In other words, the sprinkler itself is basically just a sprinkler head plugged directly into the building's water supply. There aren't really any moving parts in there besides the little clasp used to hold the bulb in place and block the water, it's just a water pipe being held shut by a tiny little bulb that explodes in a fire. You couldn't really ask for a simpler, more to-the-point design than the way a fire sprinkler is built... and you shouldn't when we're talking about something designed to save lives.

The bulb contains a glycerin-based liquid that expands in the heat, and when the temperature reaches whatever it's been calibrated to, it gets to be too much for the bulb, and it pops. You could get the same effect by placing a thermometer over a campfire, not that we'd recommend trying that at home.

This should clear it up as to whether it's the smoke or the heat that sets the sprinklers off. Now, the next time you're watching a movie and a character uses a cigarette lighter to set the fire sprinklers off throughout the entire building by holding it under a single sprinkler, you'll know that the writer didn't do their research-only the sprinklers that are actually subjected to the heat are designed to go off.

What Are The Best Fire Alarm Systems For A Business?

November 13 2017
When you own your own company, it is of the utmost importance that you protect it with proper insurance. It is also important that you take as many precautionary steps as possible to protect your company from damage, like from a fire. This is why it...
Read More...

How Long To Fire Extinguishers Last?

October 9 2017
A properly maintained fire extinguisher can literally be a lifesaver, but it’s not exactly something you should expect to last forever. Like everything else, fire extinguishers have a finite lifespan before they become potentially ineffective...
Read More...

The Importance Of Fire Extinguisher Maintenance For Your Building

September 12 2017
An Invisible Benefit Many people can walk in and out of rooms or an entire building without ever noticing the fire extinguishers placed on the walls or stored in plain sight. The building owner and the maintenance workers probably have a clear...
Read More...

Why Your Business Needs A Fire Safety Plan

July 21 2017
A fire safety plan involves more than just having a fire extinguisher and an alarm; it encompasses a variety of equipment and preparations and can save lives in your business. From being aware of hazards to installing the right equipment in the...
Read More...

Common Causes Of False Fire Alarms In Your Building

June 15 2017
False fire alarms refer to fire alarm signals from an alarm system that is not caused by a fire. They can cause business disruptions leading to loss of productivity as well as draining the resources of the fire authority. False alarms can also be a...
Read More...

How Can A Fire Alarm System Be Repaired?

May 16 2017
Whether you own a residential home or commercial property, a working fire alarm system is a valuable asset to have to protect your investment. If your system is compromised due to faulty installation or malfunctioning or outdated components, it...
Read More...

How To Choose The Right Fire Protection System For Your Building

How Often Should I Inspect my Fire Alarm?

February 14 2017
The safety of your home and family is of the utmost importance, of course. Many people are eager to invest in security systems, firearms, and their proper storage. All of this is fine. But too often, we see to the more exciting aspects of home...
Read More...

January 19 2017
Whether you have recently purchased a commercial property or are building one, before a new company can open for business it will need to be in compliance with local, state and federal fire safety standards. If the property is larger than...
Read More...

The Importance of Fire Alarm Inspections

December 15 2016
It can be very easy to neglect getting your fire alarm inspections done. You remember that you have to replace your batteries every couple months and you take that as the extent of the maintenance that you have to do. However, this is not...
Read More...

October 12 2016
We've added great new features and updated our content to bring you the most up to date information about our company.  Check back often for updates.
Read More... 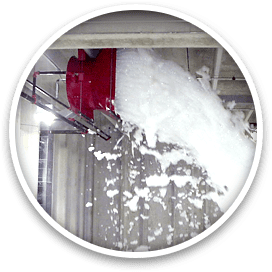 We Specialize in Designing & Engineering Unique Solutions for Complex, High-Risk Environments
Browse our past projects for examples of some of the many businesses who count on us to keep their employees and property safe.
Browse Past Projects play_arrow